The Richmond Roundhouse was the locomotive servicing facility for the west end of the Valley Division and the San Francisco Terminal Division.  Sand was loaded into locomotives from the sand house located between tracks that ran just east of the brick portion of the round house and slightly to the south.  In this 1903 photo taken from near the car shops looking south, you can see the sand house with what appears to be an elevated water tank and spouts just beyond it. 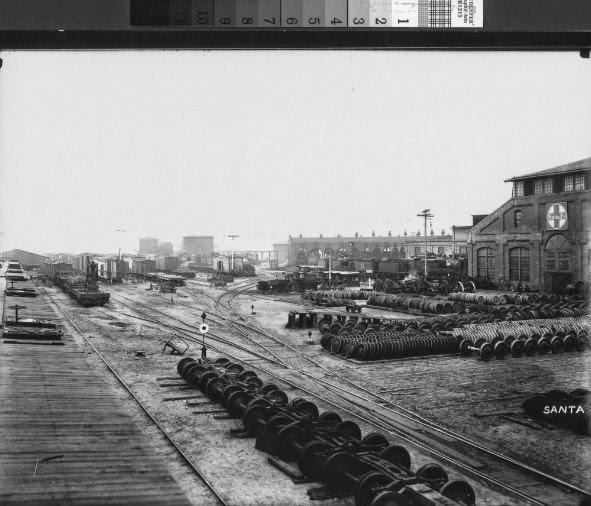 Later pictures show details of the sand house with the sand tower roof perpendicular to the tracks with a roof pitch of about 1:1 and no drying room or trestle on the south side, but a single level room and bin on the north side.

Post 1944 dated photos, into the diesel era, show a shallower roof pitch on the sand tower perpendicular to the tracks, a lower bi-level drying room on the south side with similar pitch, but parallel to the tracks at about the height of the sand spouts, and an elevated receiving track reached by a sloping trestle on pilings. 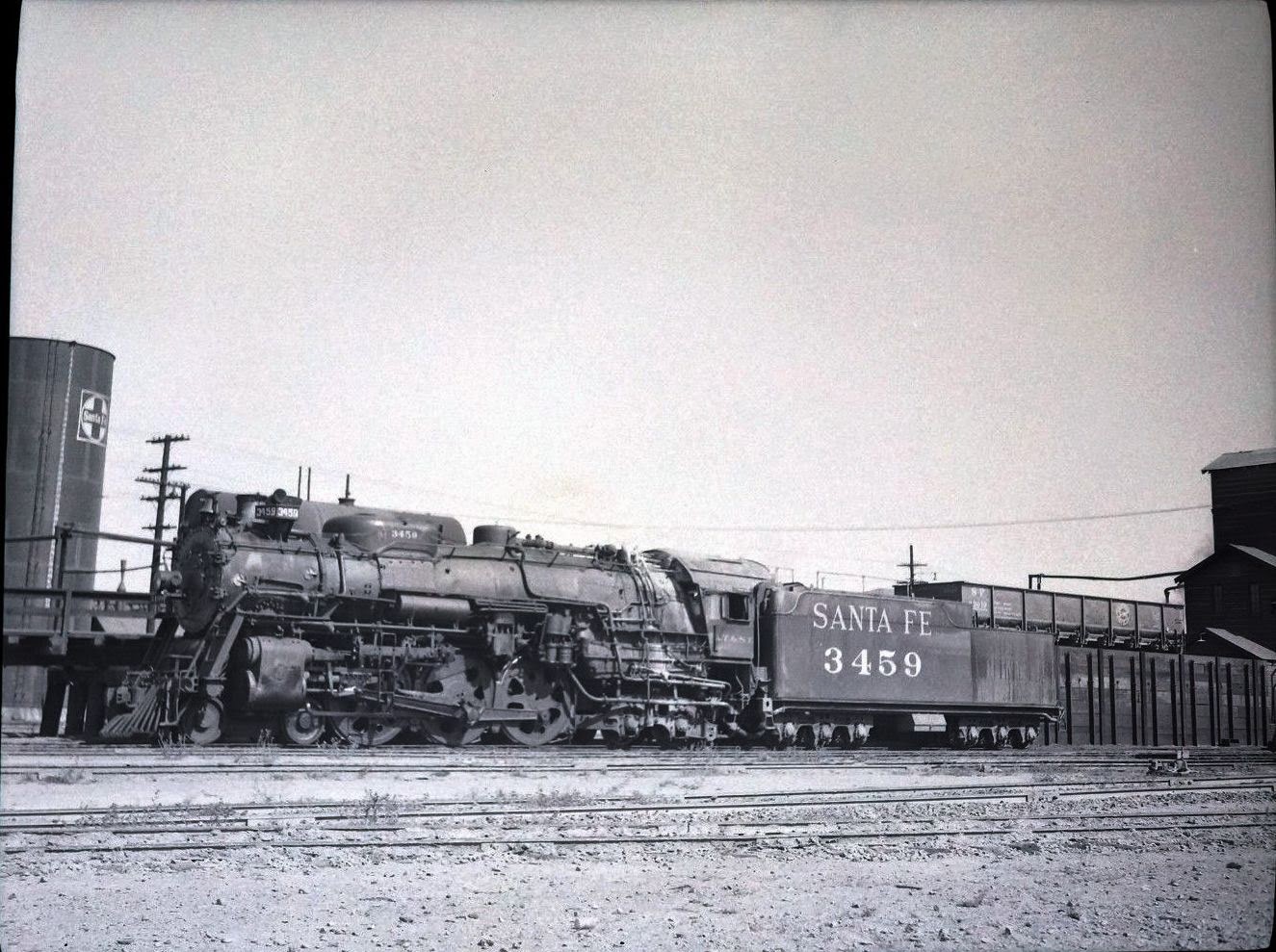 It seems likely that the reconfiguration took place either at or near the time of the turntable expansion and Depot relocation in 1944.  Since I have chosen to model the extended turntable, I will also model this final sand house configuration.

The Santa Fe transported sand in that era in drop bottom GS gondolas and emptied it straight into the receiving bin from the elevated trestle.  One of the several series of Caswell dump cars that were prolific on the Santa Fe would seem to be appropriate for this company service.  Intermountain makes several variations appropriate to my era.

But what about those composite sides on the Caswell?  They don’t seem to be there in the photo above.  Here’s a close up view.

What are these SP cars doing at an ATSF locomotive facility?  Delivering sand of course.  But where did that sand come from?  Tony Thompson had a comment on his blog about a large sand operation on the Monterey Branch of the SP.  That seems to be a likely spot for the origination as it would have been plentiful and clean.
Although neither car has it’s complete number visible, the last four are clear in both cases, 3019 and 2459.  Thanks to the Railgoat SP freight car site, gondola page http://www.railgoat.railfan.net/spcars/bynumber/gon/gon_below_100xxx.htm, we can positively identify the first as 93019, a G-50-12 class gondola and the second as 92459, a G-50-10 class gondola.  Both of these classes can be modeled with the Ulrich General Service Gondola kit. I have one, courtesy of Tony, but am looking for one or two more.  Of course, now that I’ve posted these pictures, demand for the OOP kit will put it out of my budget, but at least I do have one to build and recreate the scene.