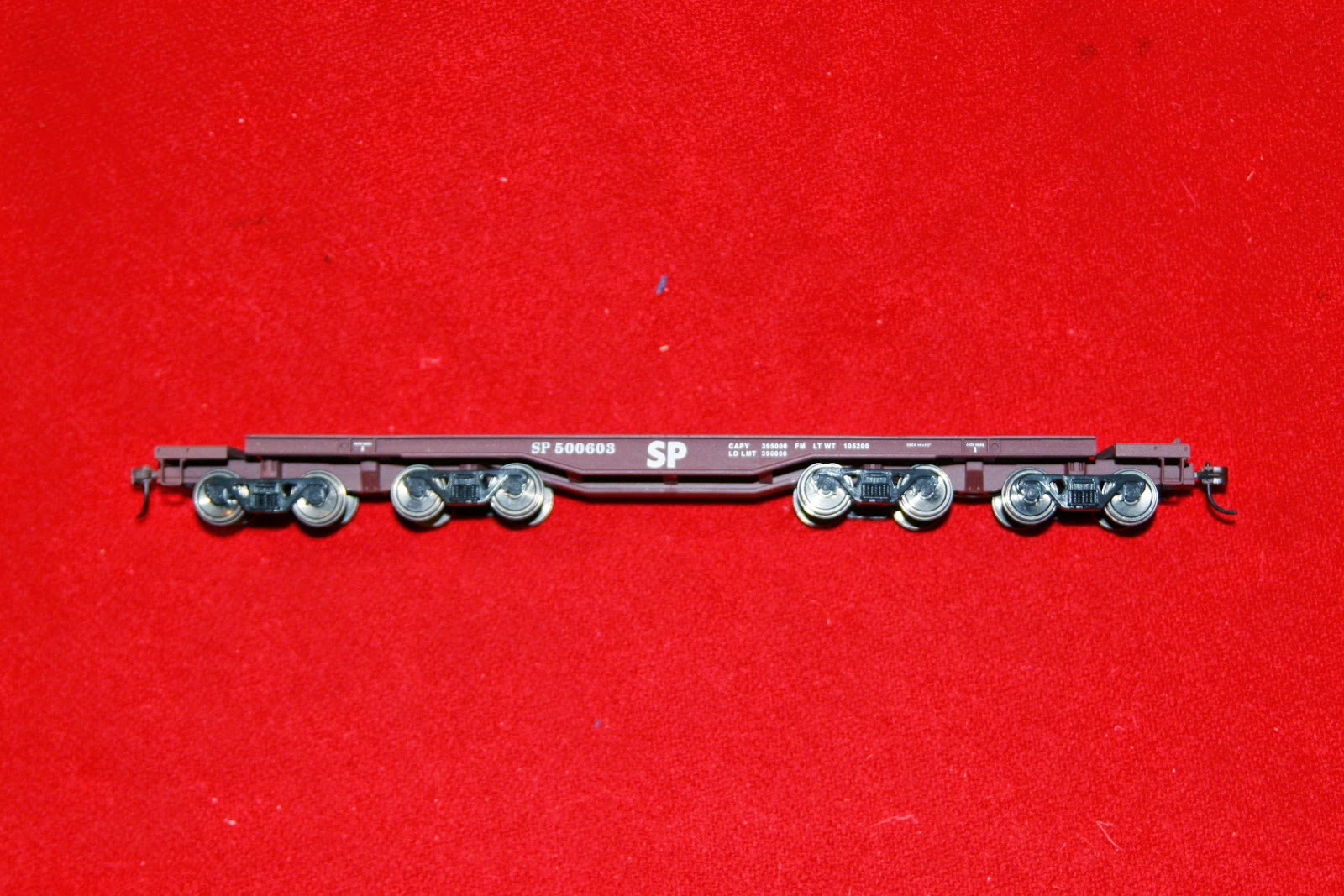 I found this in some cars acquired from an estate sale.  It is lettered "SP" and numbered 500603.
Click on any of the images to enlarge. 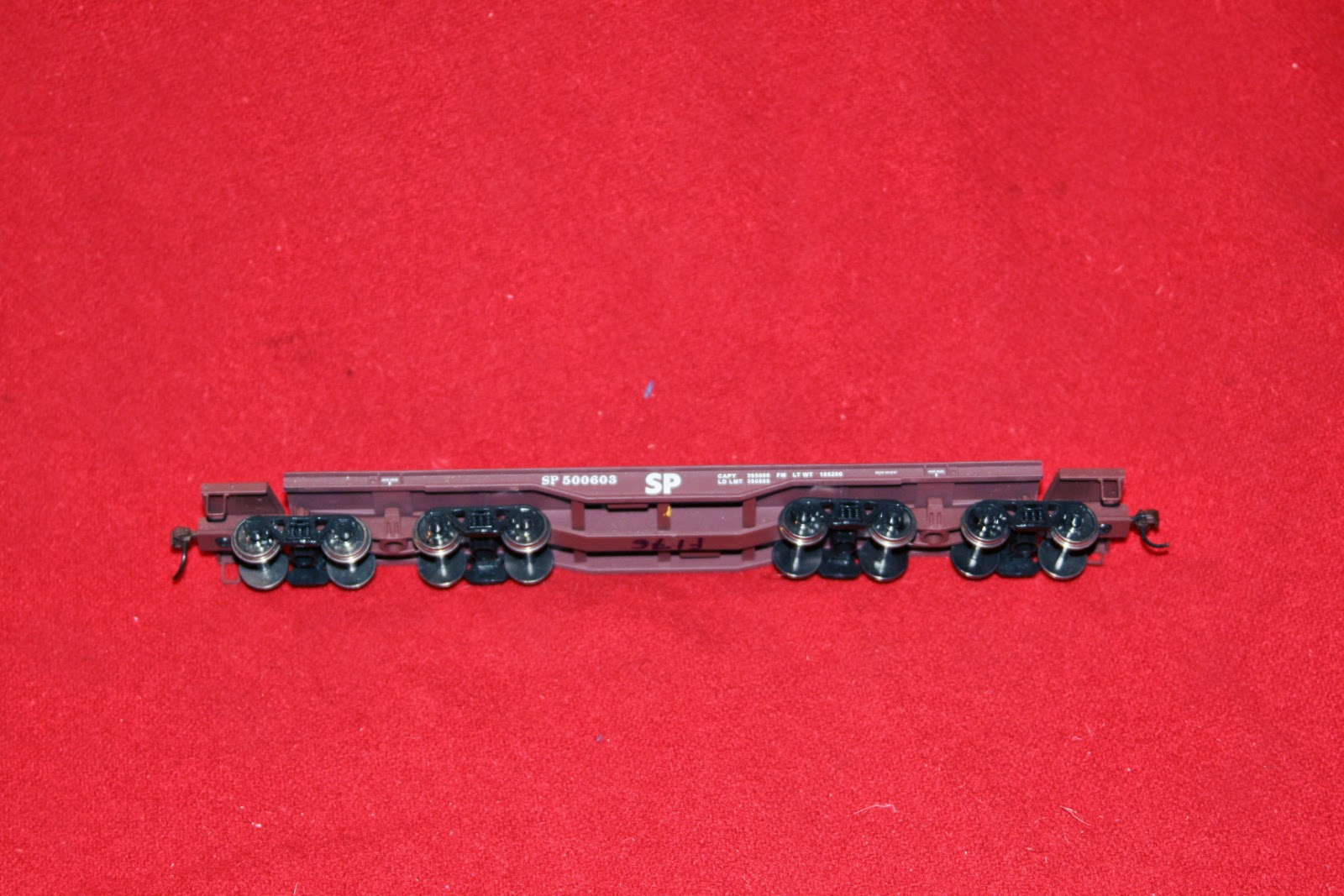 It has two double truck bogies which have roller bearings.  The capacity is listed as 395,000 Lbs. 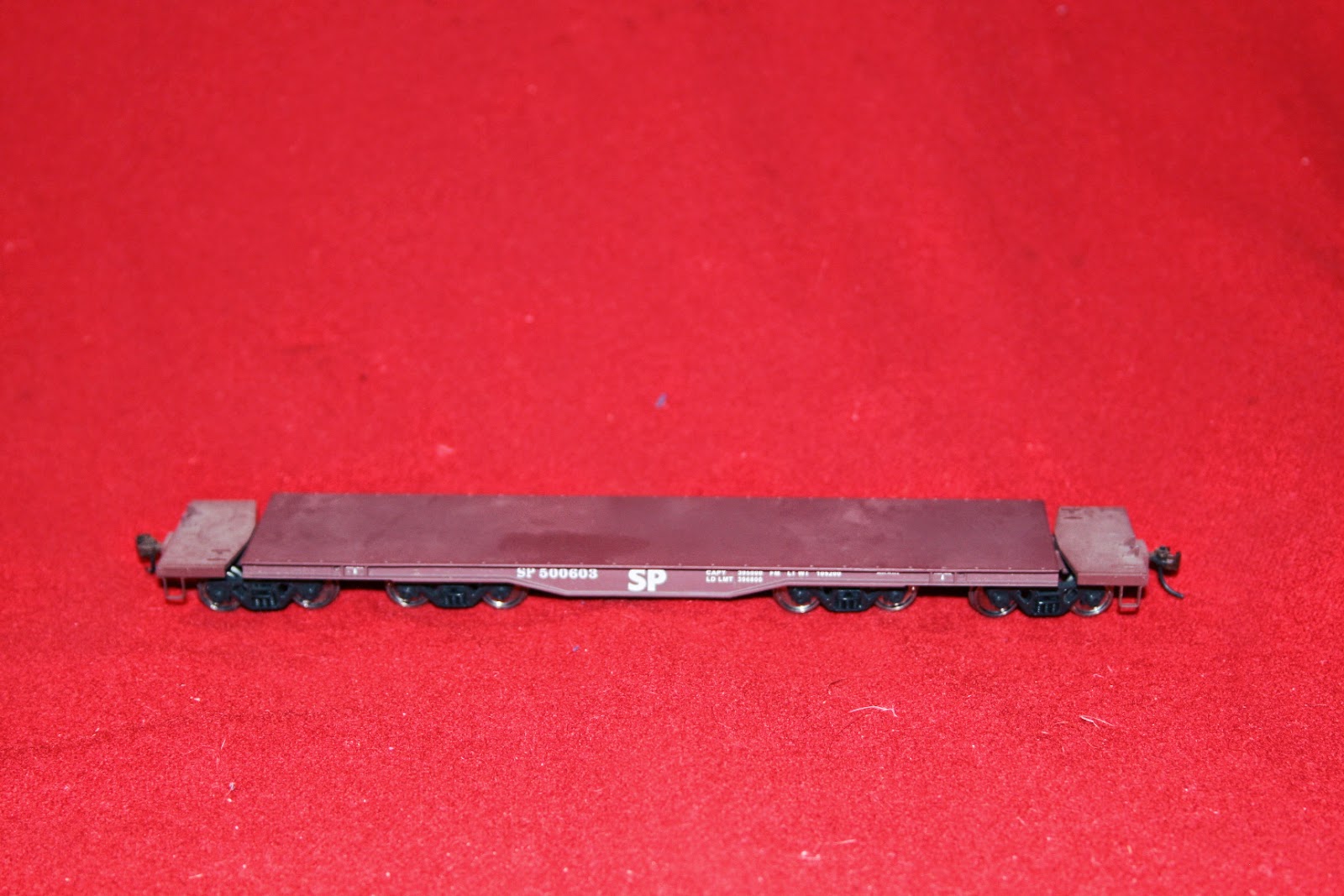 It is rather heavy and seems to be of metallic construction, die cast? Brass? 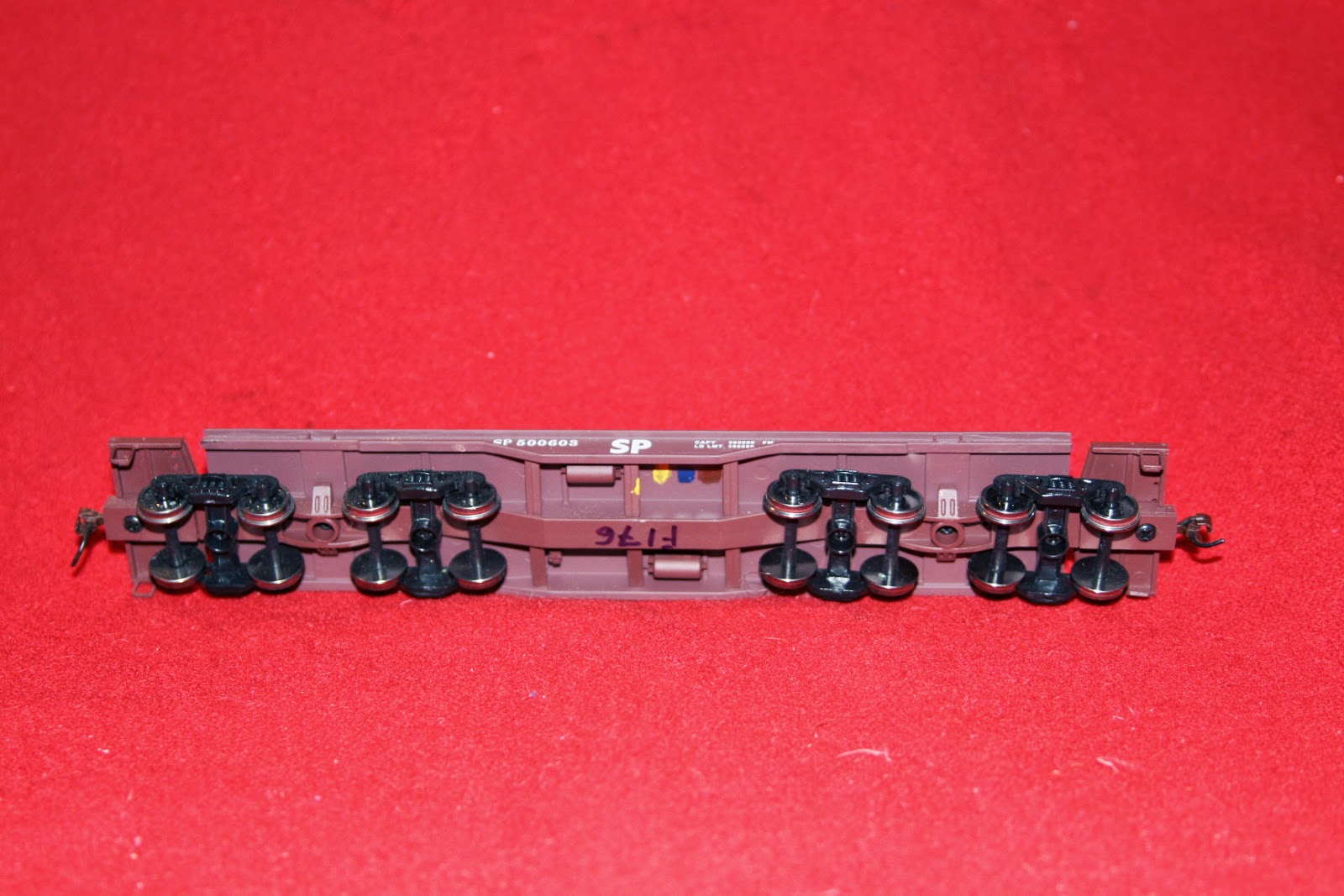 The car has two brake reservoirs.

Thanks to Tony Thompson for confirming the prototype mismatch with the car number and to Brian Ehni for IDing this as a Walthers car and Steve Schiffman the specific model, 932-5648, 16 wheel HD flat.  The website lists a RTR model for SP with this number (List $31.98 Sold Out ).  It also lists detail parts provided but not installed.  The brake wheels did not come with the car when I purchased it from the estate dealer.  The car is a very nice MODERN HD flat, too new for my 1944 era layout.  It is missing one coupler spring and has one bent end stirrup.  With it's heavy weight, it should make a great addition to some modern modeler's operating layout.  Now offered for sale at $25 plus shipping from 95268.